So, if you’ve ever wondered what it would be like to actually land in a Photovision dvd, I think this might be the closest thing to it.  Add very late nights, a few cirque du soleil performers, and a couple hundred very cool photographers and you have my trip to VEGAS for Afterdark.

Quite possibly the coolest concept ever – starting at one in the afternoon and going until 2 a.m. (or later), well-known mentors (such as Lori Nordstrom, Ben Shirk, Jordan Chan) hosted workshops ranging from Basics of OCF to managing your studio to fashion photography – simultaneously.  There was no signing up for workshops; just decide what spot to sit in on and if it wasn’t working, float to a workshop that did work for you.   As a natural light, on-location shooter, most of the studio setups were outside my comfort zone, but I appreciated the challenge and I learned quite a bit. 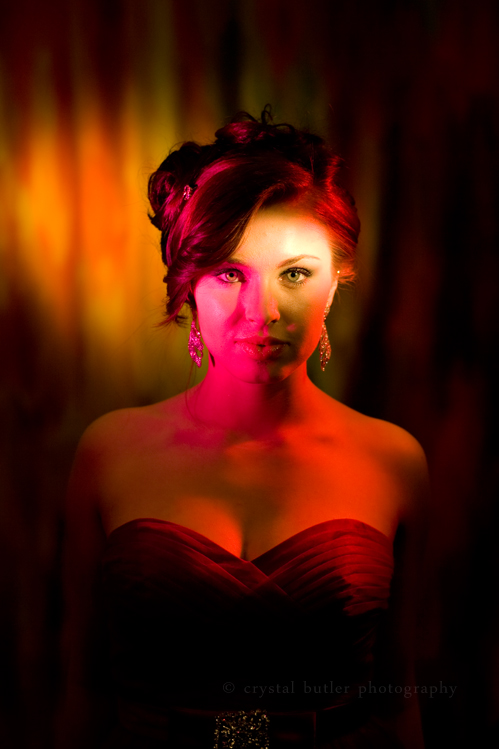 And before you go thinking I’m all awesome, we had a hand in posing and positioning, brainstorming for light setups and (obviously) composing but the light in many of the studio bays was already set up by mentors. 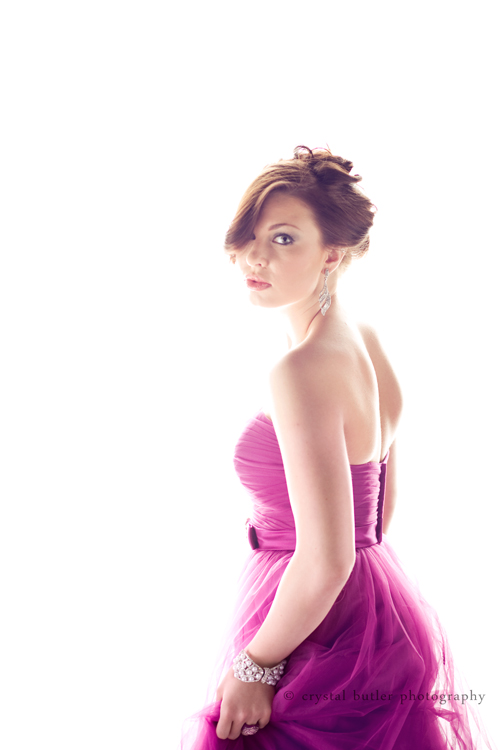 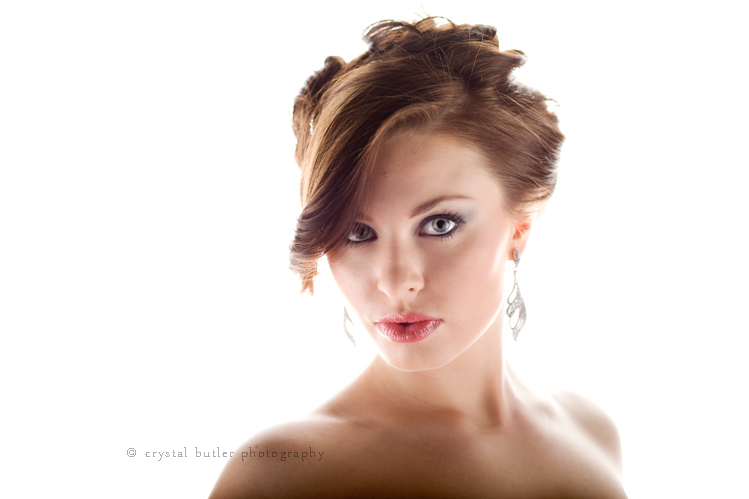 At one point we had a chance to shoot outside on the strip using only available light, which, in Vegas is pretty much everywhere.  It was almost midnight.  And there were 30 of us shooting one, sometimes two models at a time.  Basically, we looked like a mob of paparazzi. 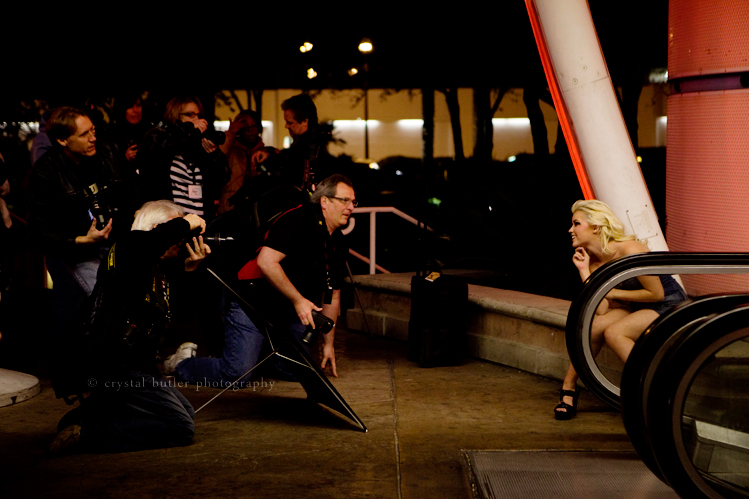 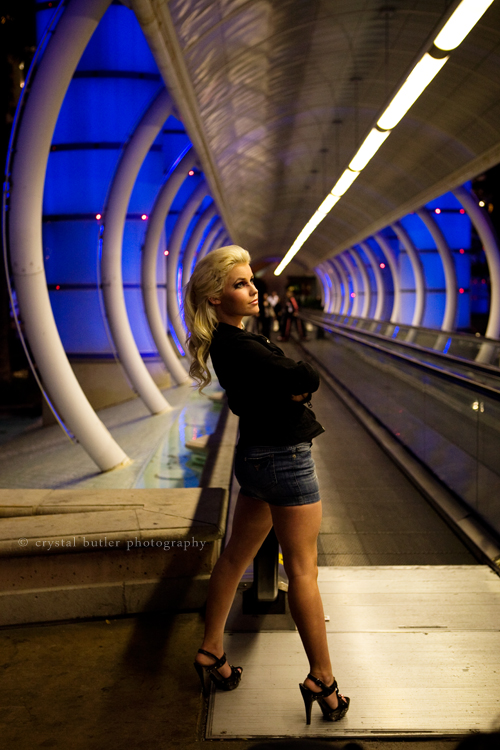 I even got a chance to try Off Camera Flash (OCF) –  a look that I usually shy away from but that I found a lot of fun to experiment with.  A huge thanks to Cody, Mike, and Jordan for breaking it down to the actual basics.  And for not batting an eye when an attendee dared to ask “how do you turn this thing on?” Marco/Polo anyone? (you had to be there). 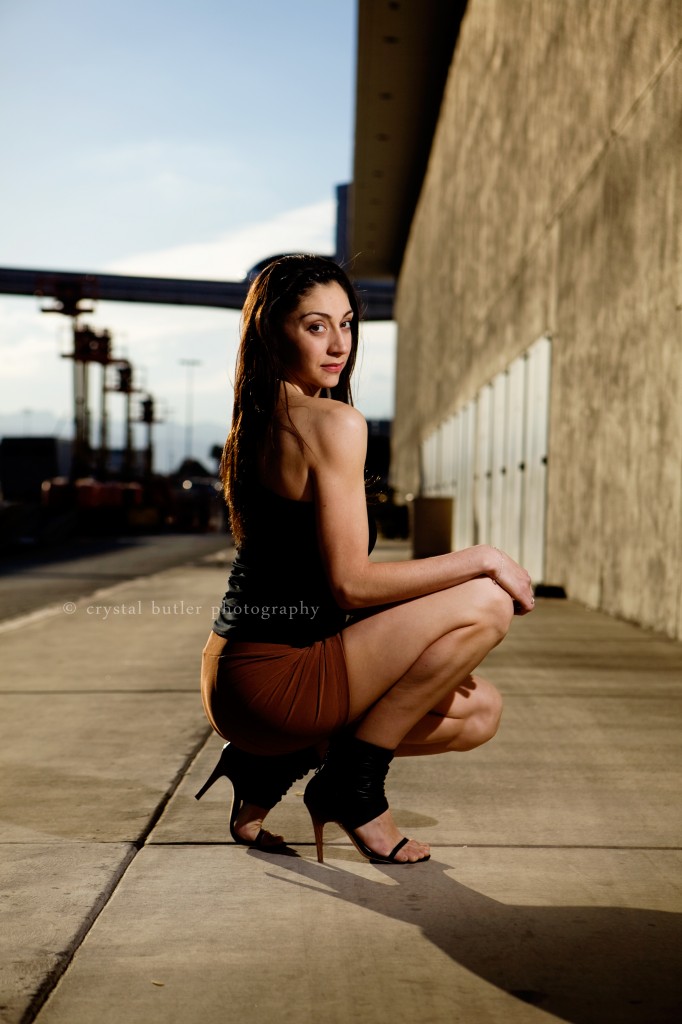 Probably one of the coolest treats was the Cirque Du Soleil performers who decided to drop by after their last show.  These folks are incredible athletes and performers.  Every photographer still awake asked them to do tricks and jumps.  I could tell they were worn out and didn’t have the heart to ask them to flip for me.  Still, this wasn’t a quick shot – she actually held this pose.  In heels. 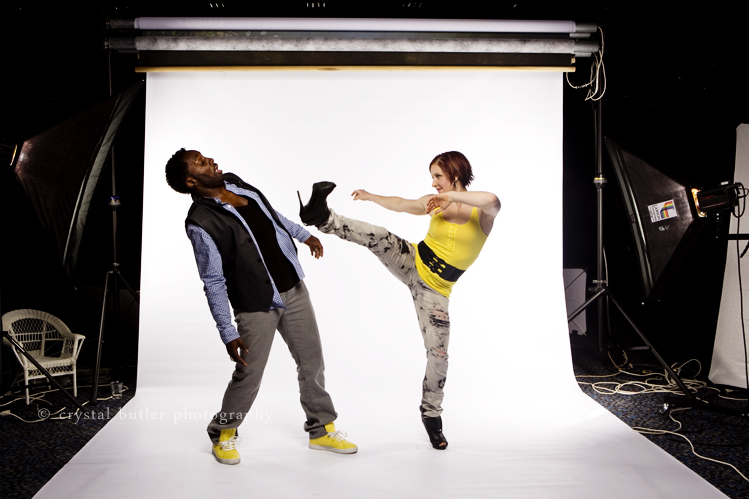 The atmosphere was incredibly energetic, and I learned as much from fellow attendees as I did from the mentors, who were incredibly giving and gracious.  Everyone there had something to share and they did so freely.  I came away with a long list of things to try immediately.

As well as a nagging urge to hit the gym.

To view some amazing images from other photographers, visit the Afterdark Gallery.  And if you missed this one…don’t worry.  There’s another one around the corner.  They meet four times a year and are already planning a workshop for Cincinnati.