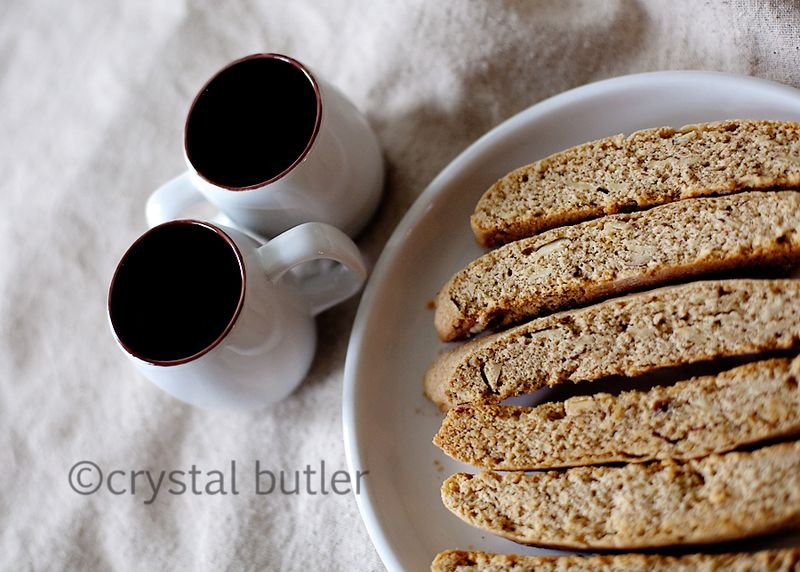 I love giving gifts with a story…whether it be the recipient's story or even my own.  In this case, I wanted to give a token gift to a bride.  Coffee and cookies…not typical, I guess.  But the thought behind it is sweet, I think.

When James and I first married, we moved from Tennessee to upstate New York just two days later.  No honeymoon (unless you count the half hour staring at water at Niagara Falls).  And when I say "upstate" I'm not talking about Buffalo; I'm talking four hours NORTH of that.  Snowtown, USA.

We rented a very drafty upstairs apartment (with a remove-able wall…don't get me started) and had only two months together before James was to deploy the first time.  We spent our Saturday and Sunday mornings in the breakfast nook over our version of espresso and homemade biscotti.  At the time I was a bit lonely…far from my huge network of friends, co-workers, and alumni in Nashville, and suddenly thrust into military life in the coldest corner of the country.  Those mornings with James were sweet and dear to me.  When he deployed a few weeks later, I would make batches of this biscotti in care packages to him, hopeful they would bring comfort.  I think baking it just helped me pass the time with the only newlywed memories I had at the time.

So when I saw these sweet little espresso cups at Crate and Barrell one day, I knew they'd make a charmed little gift paired with biscotti…I'd pass my little newlywed story on to the happy couple and picture them sipping coffee on Saturday morning.  This gift is for the daughter of a blog friend of mine.  Whether the bride likes coffee or not is beside the point.  I think the story conveys a thought…wishing her many charmed Saturdays as a newlywed…

A few days before I sent the gift I ran across this little idea in my Green Craft magazine (love that magazine – great, REAL ideas) and thought it was so clever.  Imagine my surprise when I flipped the page and saw that the designer of the project was the bride's mother! 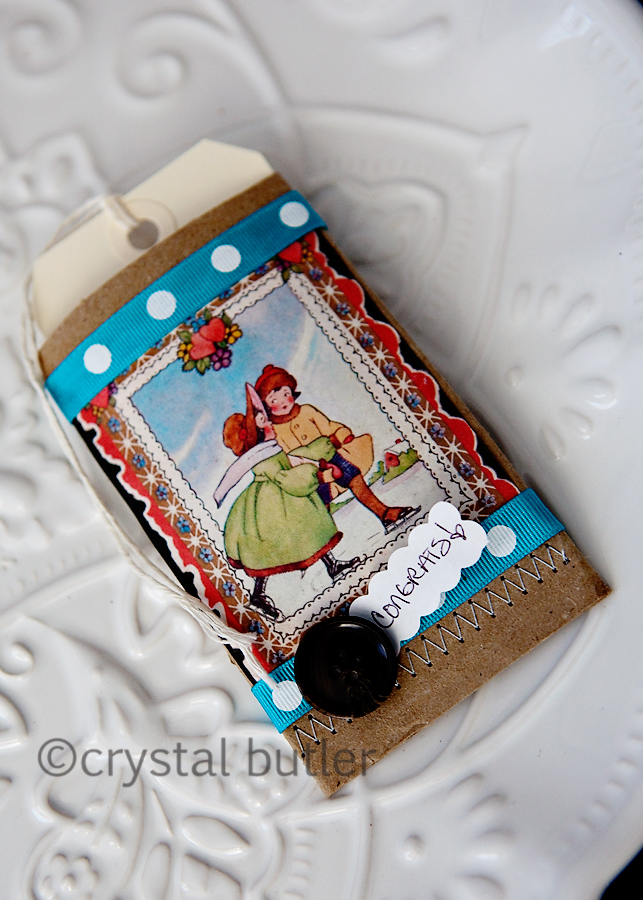