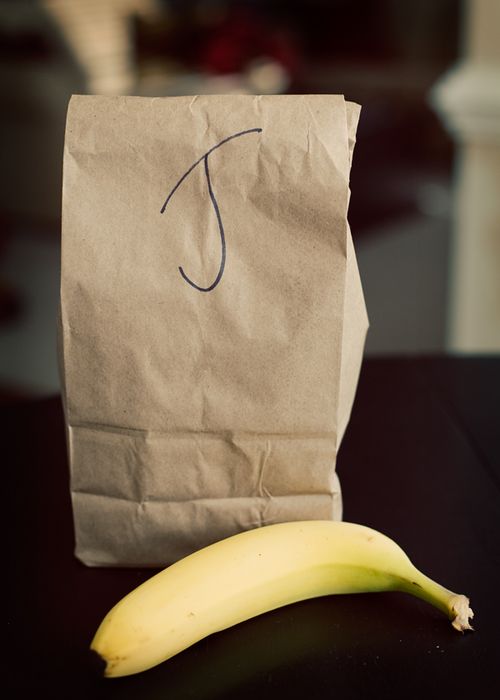 For 2 1/2 years now James and I have had several ongoing arguments.  Among them: sack lunch.  When we decided to get out of the Army we knew that changing careers would mean a slight decrease in finances at first.  And one of the first things we agreed on was that James would make lunch to take to work, except for those occasions where a co-worker or manager wanted to eat out – networking is important, after all.  But for 2 1/2 years we've been going through the same routine.  At night I ask James if he's made his lunch yet, he says "No, I'll do it in the morning," I roll my eyes knowing that isn't going to happen, and sure enough – about 50 – 60% of the time it doesn't. There are a number of reasons this has annoyed me to no end – I won't get into them because, well, that's between us.  BUT, the bottom line is – this particular argument has been a thorn in my side for two. and a half. years.

It has gone beyond frustrating.  It's made me angry, resentful, and just more angry.

For the last 5 weeks or so I have had a huge amount of work on my hands from my fledgling photography business.  I've been grateful to be so busy, but it hasn't been without growing pains.  And a lot of compromise and sacrifice on both mine and James' part.  We've discovered some areas that will need working on if I'm going to continue to run a successful business, but I have also discovered some gems.  Among them – James has grace.  He's always been more patient than I am, more tolerant of my whims and tantrums than I would ever be in return…but he's come home almost every night after a long day's work to discover me focused intently at my computer…and without any prompting has picked up wherever I've left off with the girls.  Don't get me wrong, almost every surface in my house is currently totally, embarrassingly grody.  But the kids have been fed, bathed, dressed – and on most occasions the dishes have been done.  All without me.

And when my laptop broke in the middle of a very busy working period, and I came crying to him desperate and panicking for some help with my workload, he made my crisis important and asked that question we females just want – need – to hear sometimes: "What can I do?"  And when I told him what he could do to help, he did it.  It was awesome.

So the other evening, while James was at his men's group, and I had some extra time on my hands organizing groceries, a thought occurred to me: "Let it go."  A few minutes later, I'd packed his lunch, tucked a note inside, and resolved to let this one go, indefinitely.  Two and a half years of the same argument…I guess I could continue making my point. It isn't a compromise, and it isn't what we agreed to.  But we all need someone to give us a little grace.  I've been lucky to have that from so many people in my life, including James.  And in the end, even though it's only a small gesture, for me it represents a little growth to just – let it go.

I'm starting to wonder if I'd be less angry sometimes if I just had a little more grace.