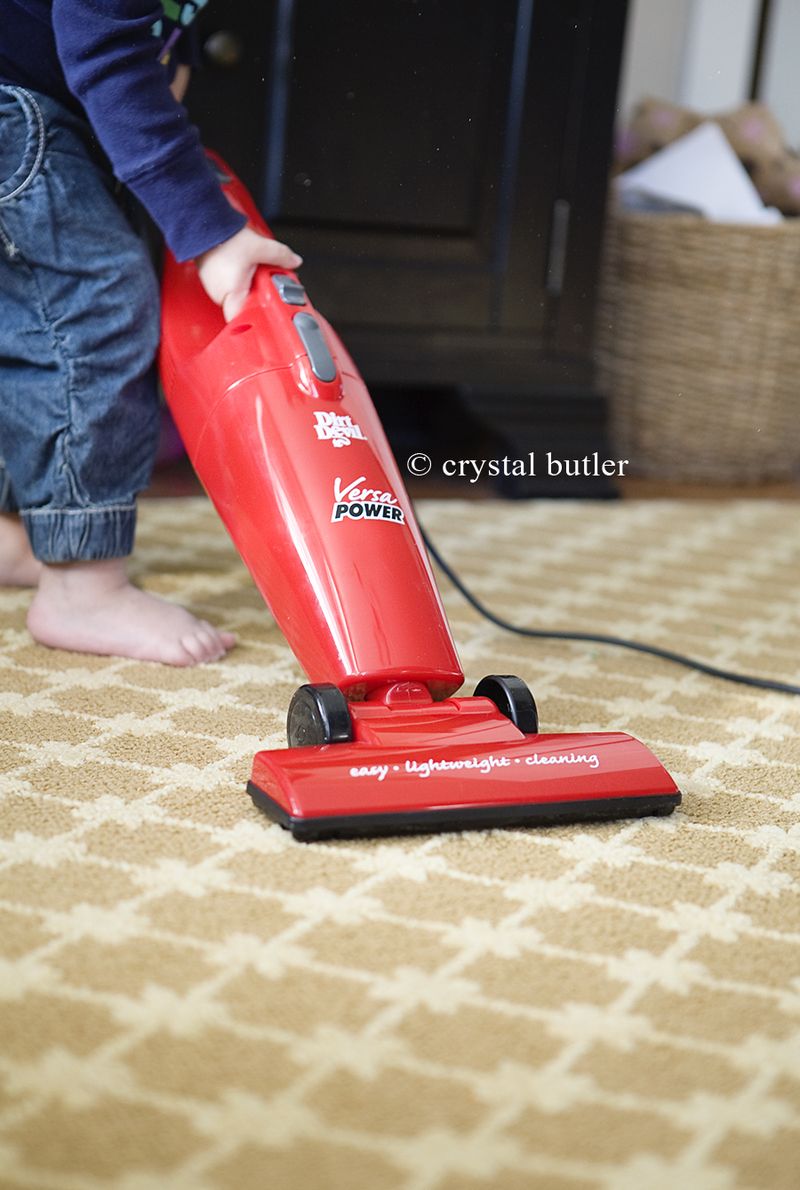 Call it Lazy Parenting. Call it Intentional Parenting.  I don't really care; it works.  This is how you survive being the Head of Household, three children, and a growing business: teach them to Do It Themselves – as soon as you possibly can.

And hooks at their level.

And by insisting.  It's amazing to see how resourceful, creative, and intuitive kids can really be when you let them.

I start by asking my toddlers at 18 months old to put their plate and cup at the counter (or somewhere near it).  They also learn to throw away their trash and hang up their coat on the hook at that age.  YES, they can do it.  You just have to show them and LET them.  It's not always easier.  At least, not at first.  It takes patience.  But to watch your baby glow with pride at his or her abilities…and to be able to ask them at some point to do something for themselves, freeing YOU up to get things done…I just think "that's a good thing" (channeling Martha here).

And now that I have three – well, it's not just a good thing.  It's a necessary thing.  I simply am not an octopus.  I can't actually do everything at once.  So I expect my children to do what they can for themselves. 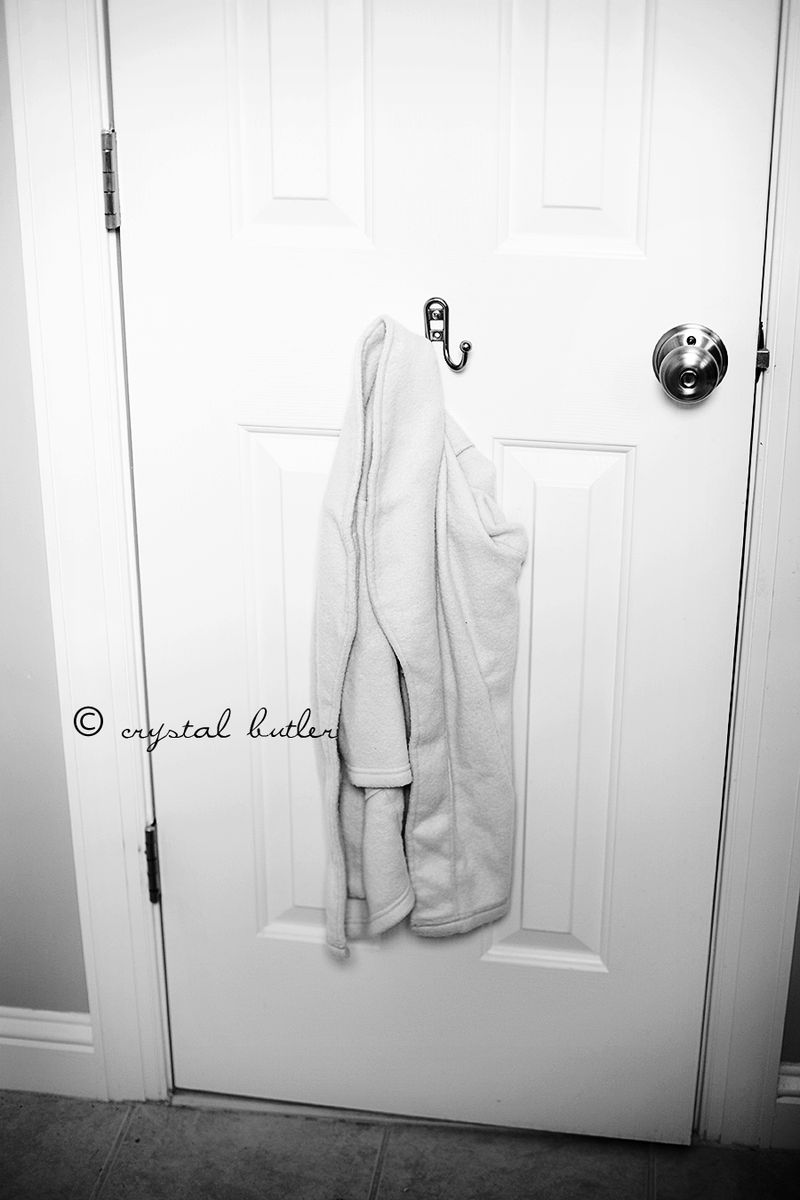 This means I have to be a little organized.  We have white hangers for Evyn's clothes on her side of the closet; pink ones for Ashlyn.  We have drawstring bags for Evyn's socks and underwear so that she can fish them out of the clean laundry and put them away herself.  We have hooks all over the place so they can hang up their own robe and towel and jacket.  They can mostly dress themselves and I only buy clothes I don't mind them wearing.  So when Evyn walks out with striped socks and sneakers with her Easter dress, I'm just grateful it was one less chore for me that morning.  They also have their own bottom cabinet in the kitchen for cups, bowls and plates.  They get their own water and when I am making an assembly line of food they bring me a plate and bowl (and since they picked it out themselves there's none of this: "I wanted the Care Bears plate, not the boring green one!"

My kids have lived their lifetime by this philosophy (I call it the "figure it out" philosophy – named after my retort in every instance of them asking me to help them do something I suspect they can do for themselves).  It's not without hazards; I have Poison Control on speed dial.  But, it's mostly with charming moments.  The ones where their little critical thinking brains solve their own problem, create their own story, or attempt to follow along with me in their mini-version of my world.  This was taken the day I washed the mini-van: 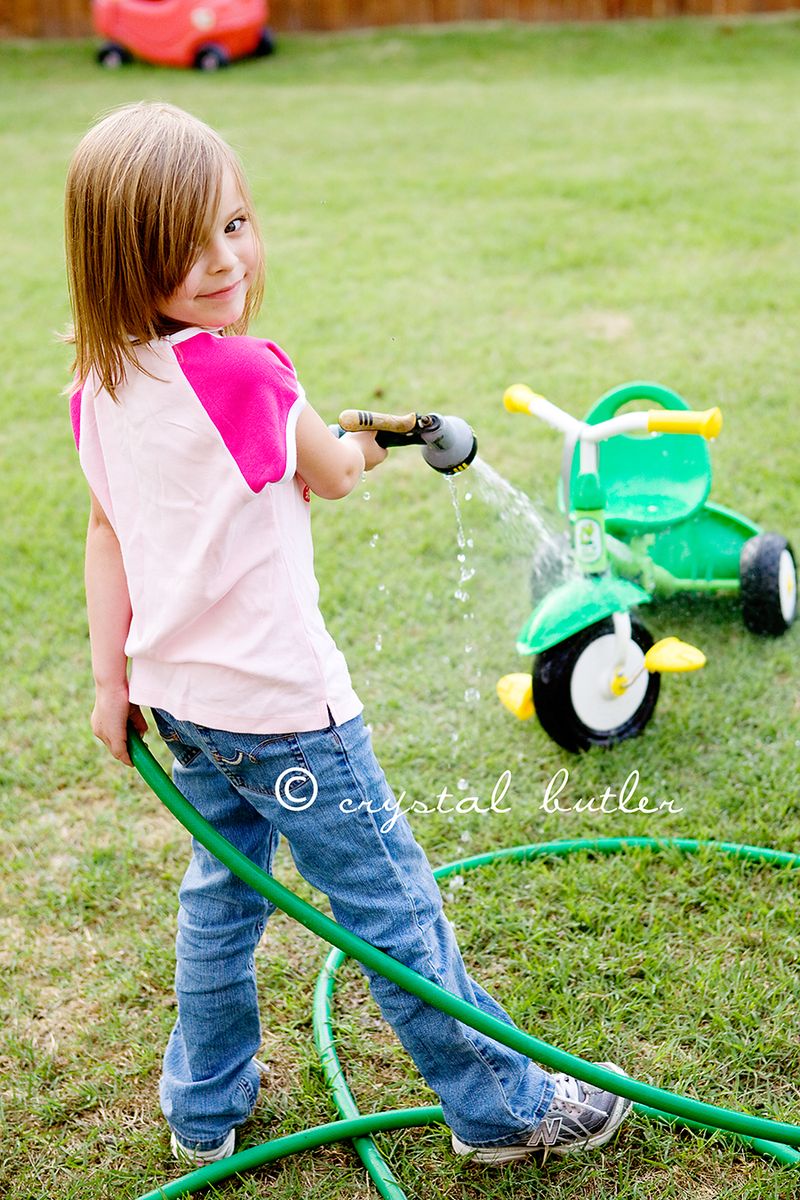 I turned my back for a bit and when I returned she'd carted out all the bikes and tricycles from the garage, turned on the hose, and had started her own little car-washing scenario.

This is the best nine dollars I've ever spent: 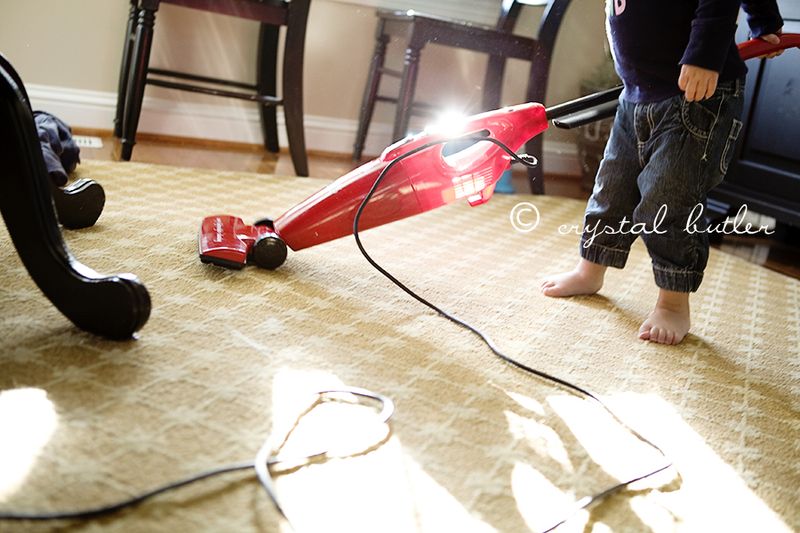 A real-live vacuum cleaner (really, a glorified car-vac on a stick).  Both Evyn and Ashlyn know how to use it, how to get the detachments apart so they can suck up the crumbs from a corner, and they are actually really happy to clean up their own glitter mess after an art project. 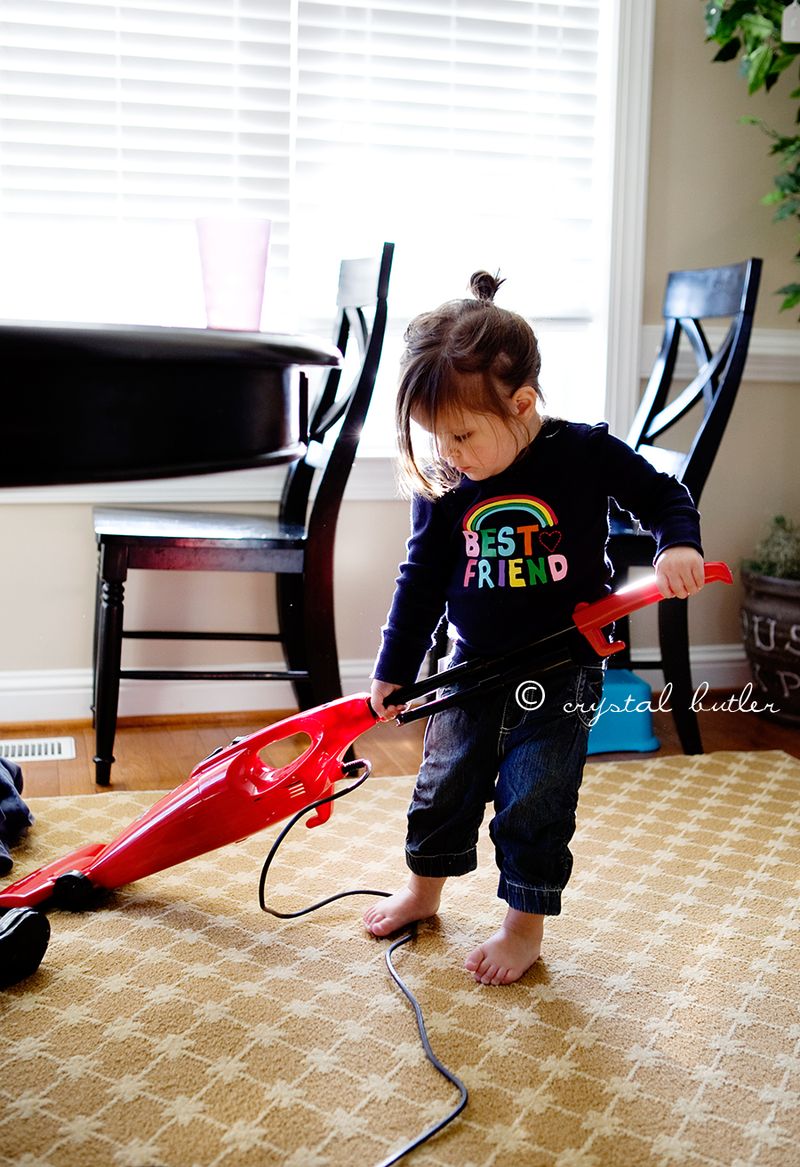 Some would say I'm being mean.  They're just kids.  They should be babies as long as I can let them be.  I agree with a huge part of that statement. I want them to be children.  That's why I don't ask them to do my taxes or pay rent. 😉

All kidding aside, the way we run our home is very similar to Montessori's philosophy that kids are born with an innate desire to learn and, when allowed to, will actually find a lot of joy in the process and in the result.  And, of course, I am still the one they turn to for the other 99% of things they need.

And let's face it: I'm not raising children.  I'm raising my portion of the next generation.  And I'd like them to be able to get along in the world, and, you know, eventually leave my nest without expecting me to do their laundry.