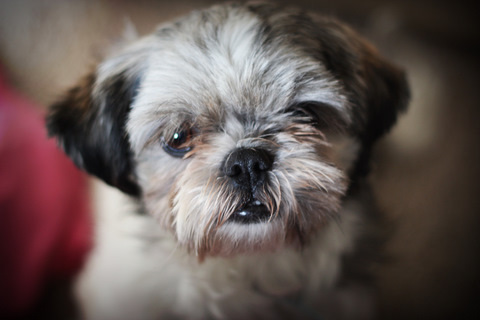 Adorable, isn't he?  He's a two year old male shih tzu.  That we rescued.  For a ba-million dollars (whew! who knew rescue was so expensive?).

We used to be the proud owners of Morgan – a boston terrier that we adored.  But Army life made it increasingly difficult to find good housing after every move, and eventually we asked our parents to take him.  They graciously accepted…and he's been theirs ever since.

Now we're out of the Army, Ashlyn is older and I'm well past my meltdown.  So we felt ready for a pet.

I was raised in a family that adopted pets from the pound or those destined for the pound.  We always took in the runts, the defective, the ugliest.  Dad worried those were the pets who would never see a life past the pound.  My mom was horribly allergic to animals, but she loved them and knew how important they were to the rest of us, so she took shots.  Still does.  Anyway, Morgan came from a pet shop. It went against my instincts to not buy from a pound or rescue group.  And I swore I would never do that again.  So we have kept our eyes open for a small adult dog. 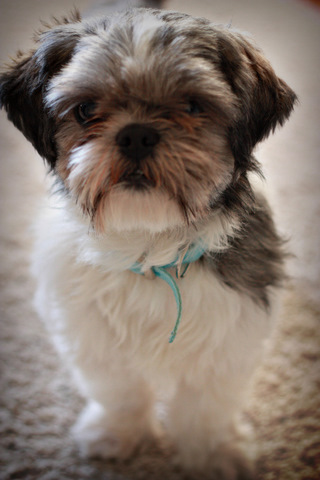 Enter Gregor.  An intelligent but stubborn little guy who was not housebroken.  We run a pretty disciplined household, so that didn't take long.  The foster family thought he didn't know his name because he never responded to it.  We realized quickly that he knew his name just fine.  He just likes to respond on his own terms.  Basically, he's one of us.