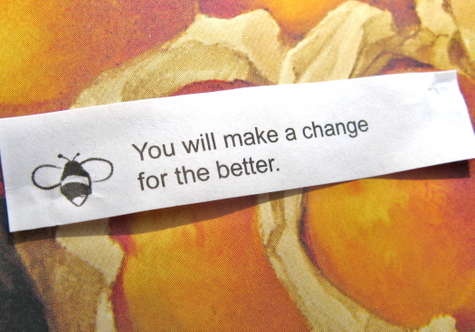 So, a week ago the Army stop-lossed J.  That means the Army basically said, "we’re not letting you out after all."  Not a surprise.  Just a monkey-wrench.  A big, stressful monkey wrench.  J. has wised up about these Army kinks and has discovered it’s better to not tell me until the issue is resolved – and in this case, he was able to get them to let him go after all.  THEN he told me that he had been stop-lossed.  Smart man.

The house hunt went pretty well.  It’s a buyers market, which works in our favor as far as inventory.  We are being conservative with our budget, which has constrained us a little.  We found several houses in our range, but every one of them is lacking one major priority or another. We think we have finally settled on one, but oddly enough I’m not in any major hurry, which has confused our real estate agent a bit.  "But you’re moving in a couple of weeks.  How will you live between houses?"  I laugh at this.  I keep trying to explain to her how many times I have had to live in a hotel for over a month, and that the Army is paying for several months’ storage.  For some reason, I’m just not panicky right now.   Maybe I should be.  But I’m not.  The big picture is in our favor – a good job with a good company, a decent area to live, lots of houses on the market, a move that is almost entirely paid for by both the Army and J.’s new company.  Literally and figuratively, we’re not dodging bombs anymore.  How can I sweat the small stuff?

My Army friends  took me to dinner the other night to say goodbye.  I told them all about my trip to North Carolina, the house-hunt, and my "sister" at the airport (they cried, too).  We reminisced about the night before J. came home, when they helped me make his Welcome Home sign and cakes.  We laughed about my initial worry that the sign wouldn’t be big enough.  I told them I felt like I was abandoning them now that it was my turn to be there for them (several of their husbands are now deployed).  We settled on looking at it positively: I will be an ambassador for military families in the civilian world.  When the bill came, we opened our fortune cookies and I got a serendipitous message (pictured, above). We finished with my goodbye gift – a year’s subscription to Southern Living!

I came home that evening pondering what token gift I could make them before leaving.  I finally decided on these linen and fabric coasters – made with scraps from the homecoming sign they helped me paint.  What do you think?  Simple and very handmade-looking, but I care more about the sentiment and time I put into it, and I think they will, too. 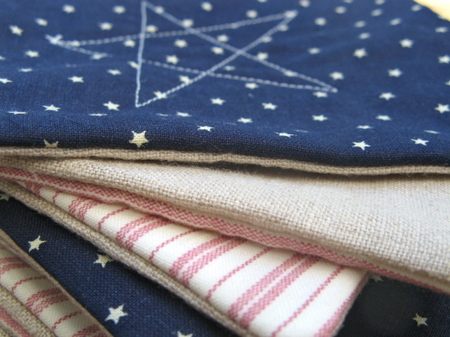 There’s always more news around the corner, so stay tuned…