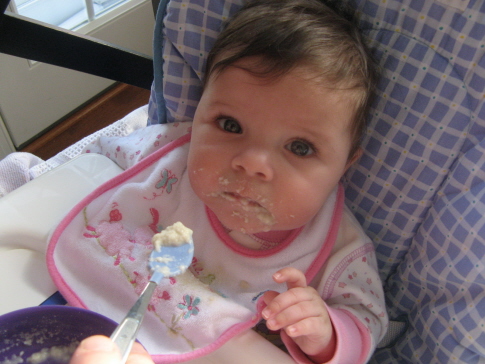 So here's the scoop:  Between Evyn and Ashlyn, I have experienced several disappointing attempts at being SuperMom.  Take breastfeeding – with Evyn, oh the pain!  It was an awful mess that lasted five weeks until the nurse practicioner finally gave me permission to quit (she was gracious enough to see that I needed someone to actually give me permission).  I cried for several days about it, as I had bought into the idea that I was somehow less of a mom if I resorted to bottle-feeding.  But I eventually made peace with it, telling myself there was always baby number two.  Then she came along.  And I suffered the same exact setbacks as the first.  This time I was more mature about the decision to quit, but I didn't do so without first beating myself up a bit (what self-described perfectionist doesn't flog herself regularly?).  Then there was the cloth diaper experiment.  I wanted to cloth diaper Ashlyn.  I bought all of the gear for it, was even given some of the cutest little handmade diapers from my cousins.  I was ready, willing and able.  And doing pretty well with it.  Until my postpartum meltdown, at which point the whole process went out the window.

Since the meltdown, I try very hard to stick to realistic goals and projects for myself.  I haven't quit wanting to challenge myself as a mom.  But I know when to quit while I'm ahead, and not let a failed attempt at something mean more than it really is.  Let's call it SuperMom Lite.

One thing I've found very satisfying and easy to do with both my girls is make their baby food - something my mom did for me as a baby, and she was happy to introduce me to when Evyn turned six months old.  A perfect SuperMom Lite project.

Four weeks' worth of food takes about as much work as making dinner for company one night.  It's cheaper than the jars, and it's not complicated. In fact, here is the most difficult part of the entire process for me: figuring out how to get the food processor back into the box (um, yeah, I actually put it back in the box. Every time). 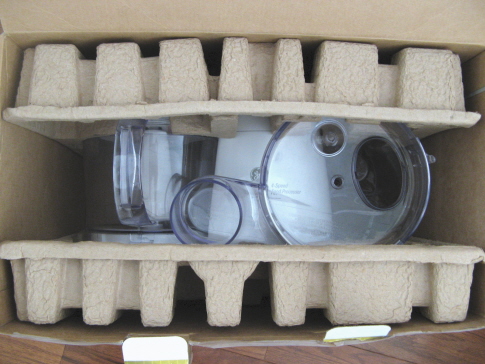 There are a few ways to go about homemade baby food.  But I find making a bunch in advance and freezing it is the easiest for our family.  Here's how: 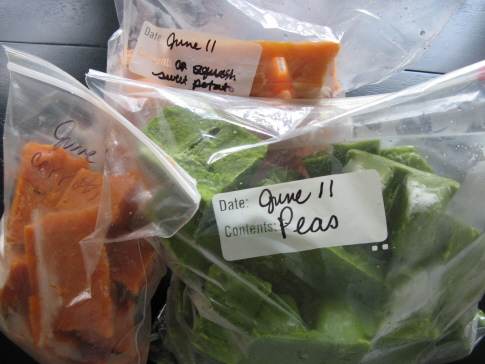 I make 1-2 pounds of each food at a time and do about 4 different foods in a cooking session.  This takes about 2 hours.

I started with sweet potatoes, broccoli, green beans, baby carrots, and squash.  I have also done peaches, pears and applesauce.

On the road I have used jar food, and once at family's house I used their Magic Bullet to mash up whatever food was appropriate and available.

Start slowly.  I started Ashlyn on rice cereal and tried solids within a week.  She flat out refused.  She just wasn't ready.  I picked it up again three weeks later and it was smooth sailing.

Don't quit a food entirely just because your baby doesn't like it at first.  Everything takes getting used to.  Ashlyn loved the broccoli right away but it took four tries to get her used to the green beans.  And now she eats it all like a champ.

Nitrates: I have done a little research on this and have concluded that, more importantly than worrying about nitrates in specific foods is testing private wells and paying attention to the age you start your baby on solids (nationally recognized associations recommend delaying to six months).