Meet Bev.  It would be easy to look at her and think her life must be perfect.  But it’s been a tough year.  And I’m glad she’s on the sunny-er side of it. 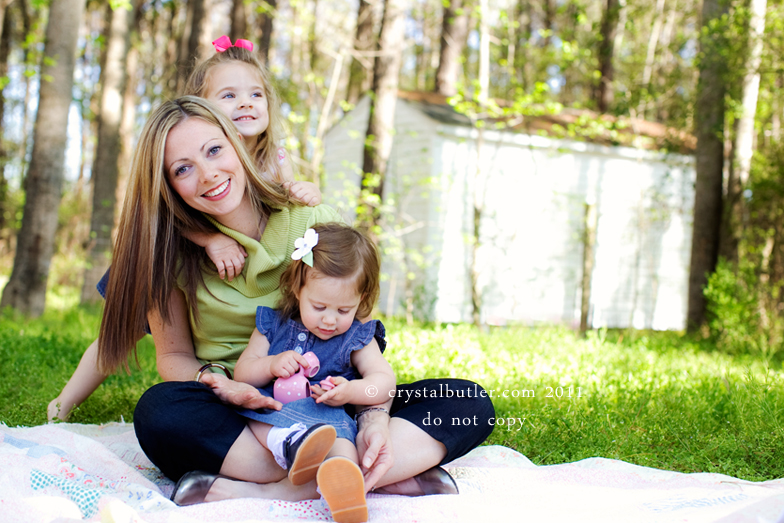 ME: What has been the most challenging thing about being a mother – besides doing it with a pacemaker?

Bev: Let’s see.  Well,  you know, motherhood isn’t something that you get to fail at.  It’s a constant thought – I don’t want to fail them in any way.  I want them to thrive in every situation.  I want to protect them and have life with ease.

But they’re going to have to go through things.

I know. You can’t build character without going through things. But, you know what I mean – you have hobbies and jobs in your life that you can survive failing at sometimes.  But the thought of failing your own child – that just kills you.  So you have to always be on your toes and one step ahead of them. (pause)  Especially when the second child is not anything like the first.

I know; there’s not one learning curve.

Just when you think you’ve learned something you have to learn something else.

What’s been the most rewarding thing?

The whole “you never thought you could love somebody so much” and “unconditional love” thing.  The BEST thing is seeing little people learn things…I never get tired of watching them.  Maybe that goes back to being a teacher.  I just love seeing them learn new things.  Just seeing them develop – everything they learn just tickles you.

I have a fondness for sister-relationships.  Do you wonder about your daughters as sisters – their future?

I constantly instill in them to watch out for each other and use encouraging words for each other.  Maybe some of my tactics are actually brainwashing, I don’t know.  Of course I want them to have a closeness and know that I won’t have to worry about them because they’ll have each other.

Let’s list some of your favorite coping mechanisms for life in general.

Sarcasm.  Truly, sarcasm has taken me a long way – especially with the whole pacemaker thing. Maybe that’s sick.  But if you can’t laugh a little…after a while, being serious all the time is just depressing.

Girl dates…when we can make time.  Sometimes the effort of getting together with friends is more than just staying home.  It’s the season we’re in.

I pray.  And I go to the people I know will pray with me.

And –  maybe this is to a fault, and maybe I say too much – I know I say too much – but it helps me that everything is just  out there.  I vent.  And share.  I talk about it…what I’m going through.  Maybe that’s why I’m known as The Girl That Everything Happens To.  Because that’s all everyone ever hears about.

And another thing…when I first got my pacemaker, I had all these friends who felt bad for me.  But nobody could actually understand what I was going through, so I got on the Internet.  And I found this support group of women with pacemakers and it has been so cathartic and helpful.  That’s my advice to anyone going through something hard: find someone else who has a similar life experience just so you know you’re not alone in  your plight.  You have to look for them.  They’re not going to come to you; you have to seek them out.  And then its worth the effort.

Good for you for taking the time to get past the pity party part.  Because there’s always that stage.

Well, it took me a long time.

Totally off-subject: Maybe this is just an urban legend, but I thought I heard you laid your own hardwood flooring. Is this true?

Haha – who told you that? Ok, I do do a lot  of things for and around the house.  I did not do the hardwood floors.  But if I could have I would have.  I am the handyman.  Recently someone told me they were talking to Sophia and the conversation turned to something about a broken lawnmower.  They told her it’s okay, her daddy could fix it.  To which she replied,  “My daddy’s not a fixer; he’s a doctor.  My mommy’s going to fix it.”  I love that she acknowledges that I work at home.

You keep it real as a friend, mom, and I’m guessing as a wife.  What advice do you have for moms out there who are trying to do it all and appear polished?

Advice?  I don’t know.  In the South, you’re taught southern hospitality, manners, etc.  And so you’re expected to act a certain way, lest somebody’s mama say, “I know she was raised better.”  What I have learned is I want it all and I have these idealistic visions of how something’s supposed to go – say, Christmas, or a party.   And in the end I can’t be everything to everyone and my plans come crashing down around me.

If your bar perfection, you’re setting yourself up to fail.

Right.  And you don’t necessarily have to lower your expectations of yourself generally– but you do have to balance and decide.  You can’t do fourteen crafts and throw five parties.  Don’t lower the bar, but  worry about the things that HAVE to be done and prioritize.  Each day my challenge is, how can I be the most efficient so that my kids aren’t being put off?

Well, when I’m not trying to sell a house – the dishes and the floors.

But you are trying to sell a house, so what are you putting off these days?

Exercise. [haha] Generally, things I want to do for myself – massage, scrapbooking, talking to a friend.  Some would say that’s bad, that you need to take time for yourself.  But I think there are seasons for everything and I’m not going to let it be this way forever.

Wait, so are you saying that I’m barging in on your children’s time right now?

No, because I’m folding laundry while I’m talking to you.  And the kids are asleep.

And, by the way, I appreciate you think I’m real because that’s all I want is for people to see me as I am.  I’d never want to have to explain myself or for people to see me differently than I see myself.  I want to be honest in every way.  I mean, I do think we’re always changing.  To a point.  I don’t think you can ever say: “This is who I am. The End.”  Because every circumstance is going to skew your trajectory a little bit.  But I hope my core and my values stay the same.

Let’s talk about you moving to Nashville and how jealous I am that you’re moving to my all-time favorite town [I lived there for a time and miss it so!].

I never grew up thinking that I longed to live in Nashville.  But He has a purpose for you being where you are and I’m excited.  Of course, I have these moments where I’m really sad.  Like the last day of BSF.  I looked around and thought about the people I’d grown to love and I almost bawled.  I know it’s going to be difficult to see people even when I come back to visit.  Thank God for Facebook.

Sidetrack – I love Nashville’s airport.  Have you been to their airport yet?

Yes!  I love that when you land they’re playing live music.

Get used to it.  You can go to a karaoke bar and hear great music.  And you’ll always be two degrees away from someone cool like Vince Gill or Rascal Flatts or Faith Hill.  But, of course, it’s not cool to be all star-struck by it.

Right. When I run into them I’m not going to think a thing about it.  Instead I’ll ask them if they can recommend a good mechanic. 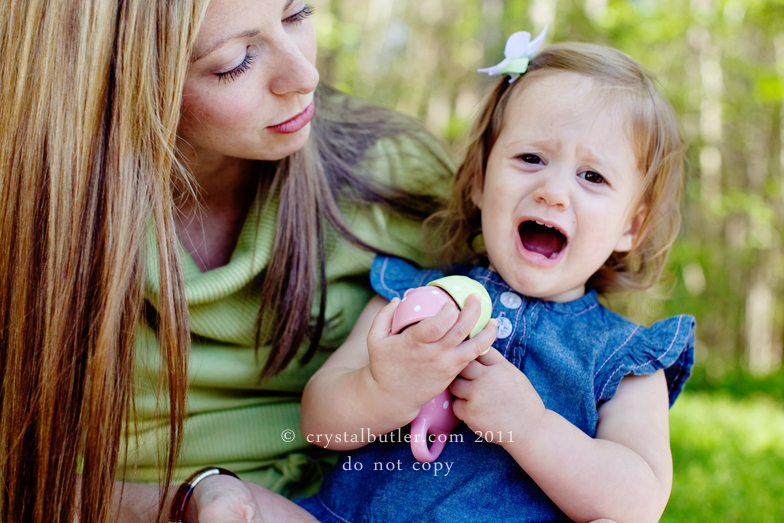 You’re one of my “picture moms.”  You’re the daughter  of a photographer, and generally just  snap-happy mom.  All I have to do is say “pictures” and you’re there in lightning speed.

It really doesn’t have anything to do with being a photographer’s daughter.  It’s because I’m very sentimental. I’m not a packrat except for things that are sentimental.  I still have letters I wrote in high school and programs from some play I was in.  I want to always remember.  I think I would love to get into photography.  I don’t want to run a business but I do want to learn how.  It’s just not the right time.  I’d like to go to medical school, too.  But there’s no time for that either.

Yeah, I really did want to be a doctor.  But I didn’t have the confidence at the time.  And now – it’s just not the right time.  I have babies and that’s all I need right now. 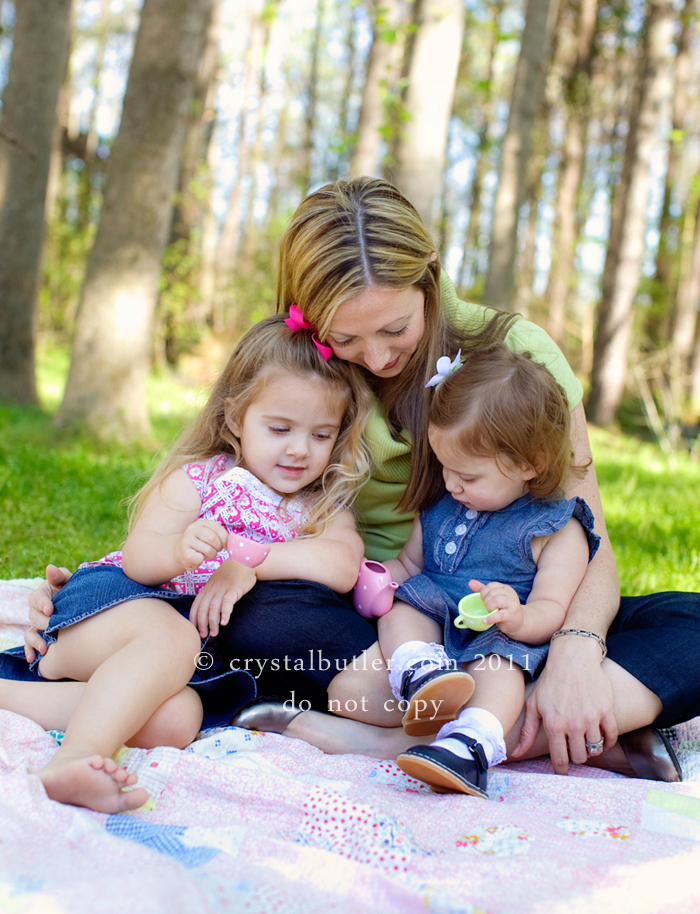